When Florida residents consult with an auto accident attorney in Port St. Lucie or Fort Pierce about the cause of various traffic accidents, two catalysts are discussed in many instances. Drunk driving and cell phone usage are among the leaders in this regard. While the average driver in Florida may only think about drunk drivers on the roadway, both behaviors are highly problematic, and dangerous. 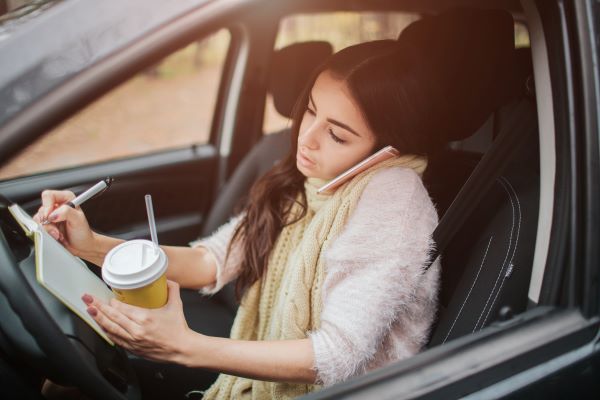 The problem is that there are not enough people that recognize what Florida accident attorneys know all too well.   It is much easier to believe that the real problems are being caused primarily by drunk drivers. After all, the average person does not tend to drink and drive. Unfortunately, texting while driving can be just as bad as driving while impaired.   In fact, according to statistics from the National Safety Council, cell phone use while driving leads to 1.6 million crashes each year. Of that amount, nearly 390,000 injuries occur each year from accidents caused by texting while driving.

A side-by-side comparison of the two is not as flattering as the distracted driver may think. Surveys show that the average driver is actually far more afraid of the motorists who text while driving than other impaired drivers.  In fact, the number of motorists who are killed each year due to drunk driving and distracted driving are similar as well.  Tragically, both death tolls now reach into the thousands each year.

Unfortunately, from the standpoint of a personal injury claim, distracted driving can often be more difficult to prove in a court of law as compared to proving a driver is drunk.  Attorneys are not always able to obtain cell phone records that document texting.  Therefore, texting motorists sometimes have plausible deniability in these cases.  On the other hand, a drunk driver often has been subjected to a breathalyzer exam, roadside sobriety tests or even a blood draw to prove their impairment at the time of a crash

States such as Florida have taken steps to eliminate and deter distracted driving. Recent laws have been passed that prohibit the practice in most instances.  Time will tell how effective these laws will be in reducing crashes caused by texting drivers.  For now, it appears that it is easier for a Florida motorist to take the risk of sending a text while driving as opposed to making the decision to operate a vehicle after consuming alcohol.

That’s probably due in part to the fact that cell phone use has only been limited under Florida law recently.  Also, cell phone users simply are not punished at the same rate and level of severity as drunk drivers.  The average driver does not always stop to consider the laws that have been put into place when they are driving while texting. There is no easy solution when it comes to putting an end to cell phone usage but one thing is for sure: Florida residents must remain cognizant of their surroundings at all times.

Drunk driving is treated as the dangerous behavior that it is but Florida (and the rest of the nation) have a long way to go before cell phone usage is regarded in the same way. Awareness must remain strong, so that Florida motorists are not endangering the lives of their fellow drivers.