In Florida – be it West Palm Beach, Jupiter, Palm Beach Gardens, Port St. Lucie, Fort Pierce, Boca Raton or Orlando – texting and driving is an illegal activity. In May of this year, Governor Ron DeSantis signed a bill making texting while driving a primary traffic offense. Thus, no matter whether you are a local or a visitor, it is mandatory to learn about this new law if you intend to drive on the roads in Florida. 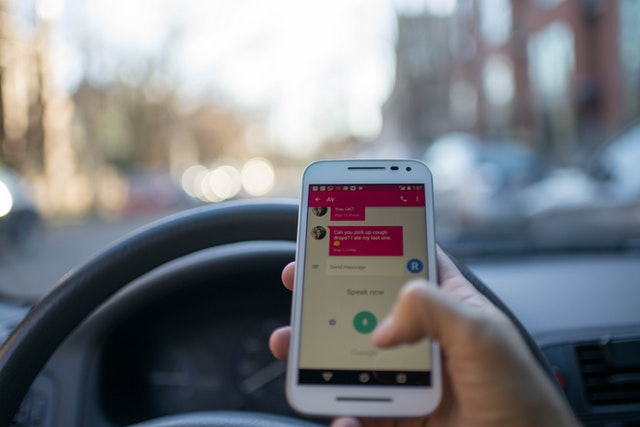 In simplest terms, the newly introduced law, which goes into effect July 1, 2019, brings some advancements to Florida’s existing rule against texting and driving. Whereas before, officers could only cite drivers for texting if they were pulled over for another violation (secondary violation,) the new law allows officers to stop motorists for texting alone. Also, the new law has made the ban a broader one; you cannot use any form of handheld cellphone while driving a motor vehicle when you are in a school zone, road work/construction zone or a designated school crossing. However, usage of hands-free devices is still allowed.

What to Expect as Penalties?
Although the law is applied in a broader manner, the penalties for texting and driving are not altered. The penalties are mentioned below for your reference:
– $30 base fine plus court expenses for a noncriminal traffic infraction (for the first violation;)
– For the second violation (within a period of five years), $60 base fine plus court expenses;
– In addition to that, you will be given points against your license for texting and driving.

The Interaction of The Law
There will be an education period (grace period) until January 2020 for the texting while driving period. During this education/grace period, warnings will be given for primary offenses. Nevertheless, the ban which is applied on the use handheld devices within schools and work/construction zones will be enforced by October 1, 2019.

Any Instances Where Texting is Allowed?
Under this law, it is not prohibited to text after stopping at a stoplight or when the vehicle is in stationary position. Also, emergency personnel and individuals who are reporting criminal and emergency incidents to police are exempted. In addition to that, if you are receiving safety alerts or emergency navigation alerts, you will be excused.

Is Florida The Only State to Introduce Such Law?
No – actually, Florida just recently became one of the last states in the U.S. to make texting while driving a primary traffic offense. Nearly every other state had passed a similar law before Florida. Only a handful of states including South Dakota, Ohio and Nebraska still treat texting while driving as secondary offense. Also, Missouri bans texting for drivers younger than 21, and Montana has no such ban on texting while driving.