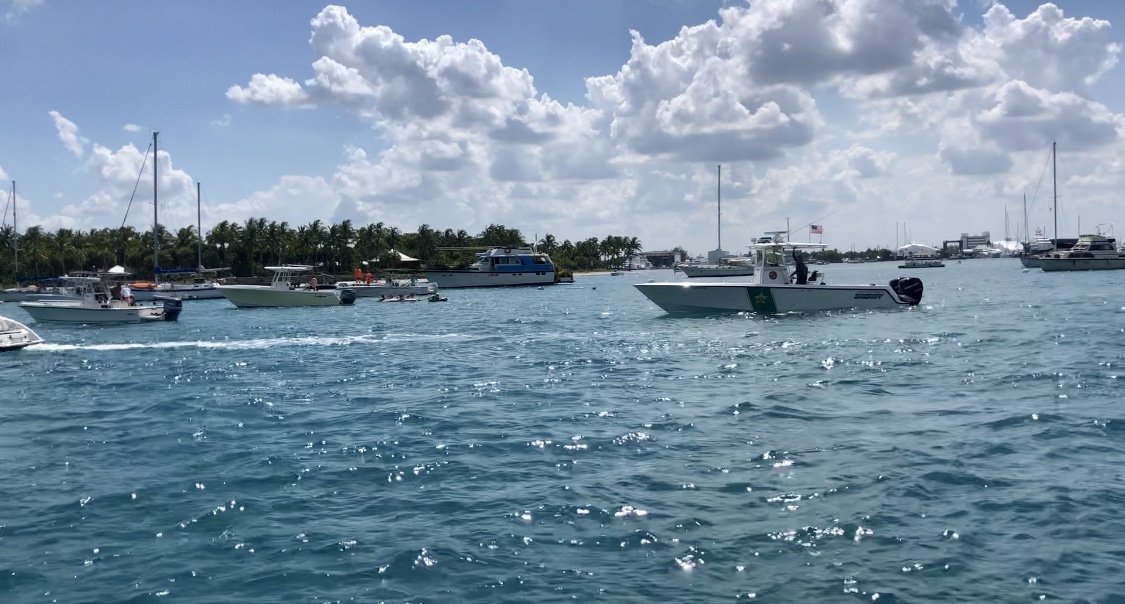 Why are boating accidents so common in Florida?

The answer is yes and no. In Palm Beach County, initially, in an effort to slow the spread of the virus and to prevent large group gatherings, at the end of March, public boat ramps and marinas were closed.  Even though Palm Beach County has many waterfront homes with boat lifts and communities with private boat ramps, the boating traffic was significantly decreased as a result of the order.
However, once the order to reopen the public boat ramps was in place, boat traffic became chaotic. In many instances, the boating scene in Palm Beach County looked like I-95 on a Friday at rush hour. The increase in traffic also occurred after sandbars were closed, and anchoring became prohibited at locations such as Jupiter Lighthouse and Cato’s Bridge. People, frustrated with the lock down, sought the refuge of the sunshine and beautiful water. Boaters were only allowed to ride around, and so they did.

How common are fatal accidents?

In 2019 alone, there were 723 reportable boating accidents in Florida. A 2019 report from FWC  breaks down the top 10 Florida counties for those boating accidents. It is no surprise that Palm Beach County ranks 3rd for the highest numbers of accidents. Thankfully, the majority of the accidents were not fatal. Out of the 10 counties, only 29 cases were fatal, and only 1 fatal case happened in Palm Beach County. However, any death is one too many.

The primary cause of boating accidents is said to be inattentiveness. Also, it goes without saying that many operators in Florida are inexperienced, and sometimes, impaired.

Boating is a very fun and relaxing outdoor activity. Many boaters use alcohol as part of the social experience of boating. But drinking while boating can be dangerous. According to the American Boating Association in 2016, there were nearly 4,500 boating accidents, and over 700 deaths.

In fatal boating accidents, alcohol is the number one contributor, and it was the primary factor in 15 percent of boating fatalities in 2016. First, alcohol may impair a boater’s ability to safely maneuver the vessel and react in emergency situations. Also, boaters have a lot more to focus on while boating: the weather, tide changes, other boats, paddleboards and fast jet skis to name a few. It goes without saying that being impaired with alcohol while operating a vessel is dangerous, reckless behavior which can result in a fatality. Moreover, it is also against the law. Florida, like many other states, have laws that impose penalties for boating while impaired.

The Power of Boats and the Risk of Accidents

Boats these days are faster and more powerful than ever before. Just by looking around, one can count the number of boats with a single outboard compared to the number of boats with double, triple and in many cases, four and five outboards. According to an article by All At Sea, “All boats are required to have a maximum HP rating,” and “The quest for greater speed and more power is on the minds of many boaters these days, but it is important to remember that there are potential issues that could result from greater power.” The sheer speed and power of modern boats can potentially make them more dangerous to their passengers and everyone else around.

The Jupiter Inlet: the prettiest and most dangerous waters: what you need to know

According to an article on the Palm Beach Post by Bill DiPaolo “The turquoise runway to the Atlantic Ocean looks inviting, but the Jupiter Inlet can be deadly.” Rated the most dangerous Inlet in Palm Beach County, the Inlet is just too narrow and not deep enough with shallow sandbars shifting around. Inexperienced boaters should also be aware of rough outgoing tide waters combined with strong east winds. Just imagine a river going one way and an ocean the opposite way with added intense winds. This is clearly not a situation anyone would want to find themselves in. Even the most experienced local boater can find himself in some serious trouble if not fully aware of conditions.

There are tons of resources and safety boating information available just one click away. One can have a good start by checking the Boating Regulations page on the FWC website.

Here are also a few simple rules and common-sense knowledge to follow:

1. Learn how to properly operate your vessel and all the details about it. When it comes to boats, the more you know about them the better off you are. Taking a boating safety course is a great way to learn the rules of the water and important safety tips.
2. Make sure all boat systems and safety equipment is working properly. After all, no one wants to be caught in the middle of the ocean with a bad battery. Make sure you have crucial safety items like fire extinguishers, bilge pumps, flares. Also, a registered EPIRB (emergency position-indicating radio beacon) can be life-saving.
3. Check the personal flotation device (PFD) count for your vessel and the condition of them. A life vest with a bad strap is basically the same as no vest. A PFD is required for everyone on board. Safety experts recommend wearing a vest at all times. If comfort is an issue, consider modern lightweight vests that auto-inflate.
4. Learn your way around during high and low tides. Having water around does not mean your vessel can pass safely through. The tide goes in and out every 6 hours and it is important to know shoal locations. Also, always look for signs along the way in reference to no wake zones.
5. This one goes without saying: don’t drink & operate your vessel!
6. Get a courtesy safety vessel check with the US Coast Guard.

A safe boat captain will always check the weather forecast before leaving the dock. In Florida, and especially during the summer, thunderstorms are a real threat to people on the water. Common knowledge around boaters during the summer is: be back at the Inlet by noon. There are several websites and apps one can use to check the marine forecast. A popular one is NOAA which gives details that includes the winds, sea conditions and storms.

One final thought that is also important to remember: the ocean can be unpredictable, and Florida is the lighting capital of the world. Being caught on a suddenly rough ocean during severe lighting is no one’s idea of fun.

Fatal boating accidents are not common; however no one wants to get be injured while boating. If you or a loved one have been involved in a boating accident in Florida, it is very important to obtain representation that is knowledgeable regarding these unique cases.